“Eruption of the Father” is an animated assemblage composed of fragmented sounds and images taken from cinematic sources filmed in the volcanic island of Stromboli, such as Rossellini’s Stromboli and Antonioni’s L’Avventura. Those are merged with images from the backgrounds of the “Pleasure Island” in Disney’s Pinocchio and a blown-up excerpt from a pornographic film. The female figure of the video is being dictated by the sound of a projector and by the cuts of the editing that move her like a puppet, while her subjectivity is ignored. Rather than through the subject’s actions or through the narrative, the viewer is moved from one scene to the other through the sound. The work explores the relationship between concrete optical and sonic film-images and is influenced by Deleuze’s writing on “the crisis of the action-image” found in neo-realist cinema.

(excerpt from video and video stills) 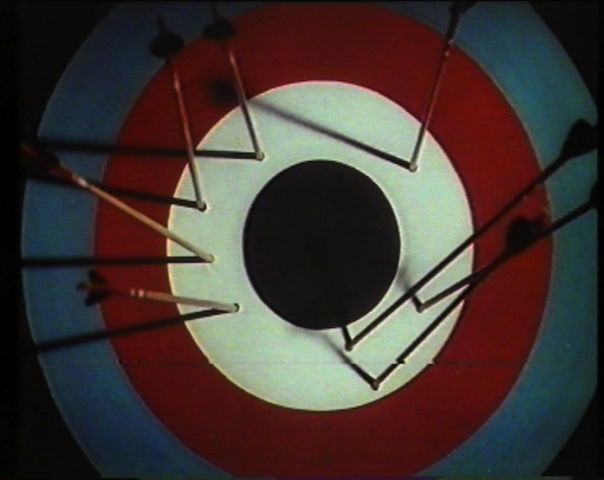